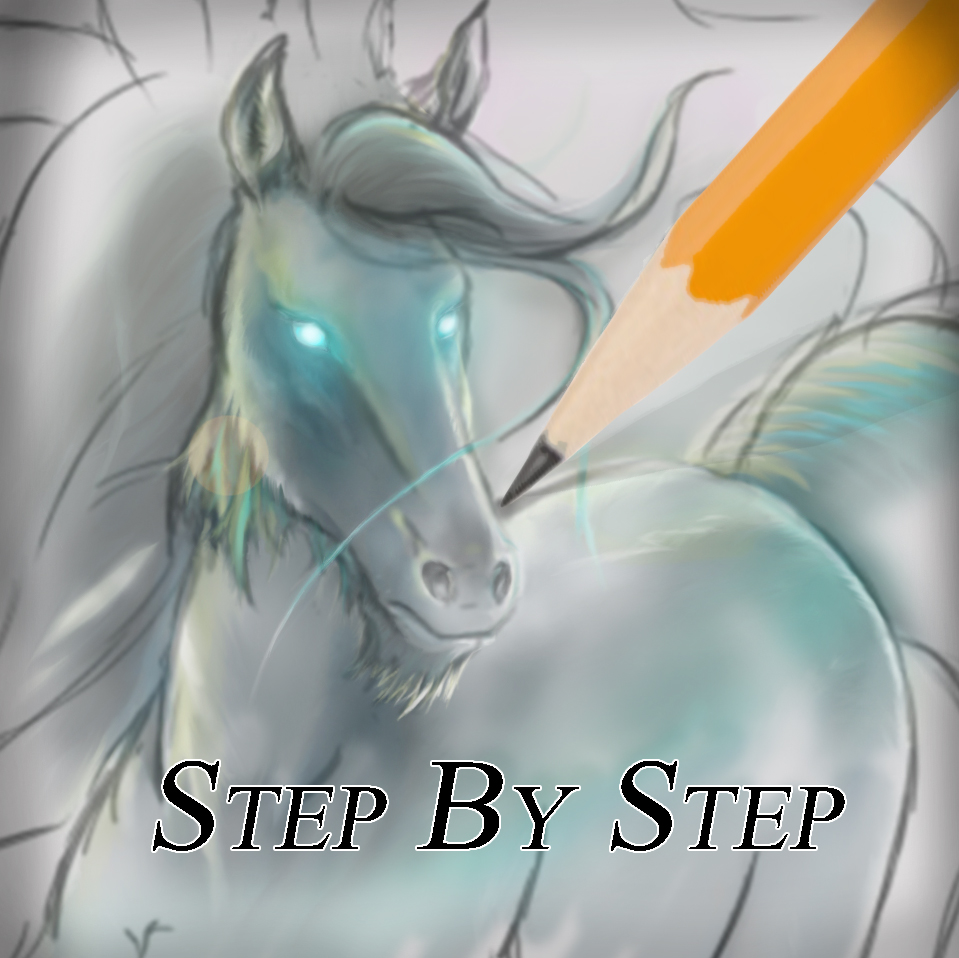 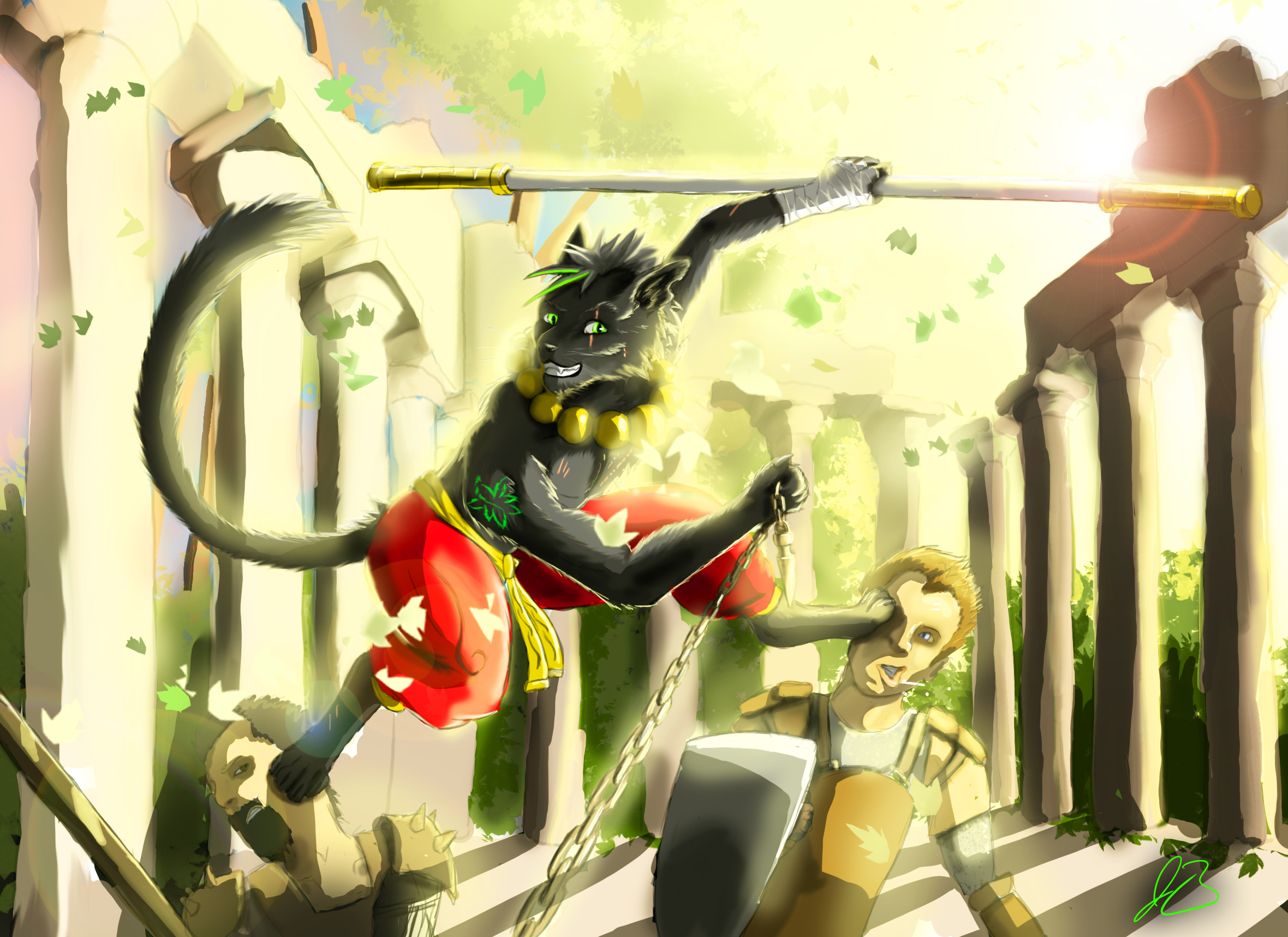 Personality: (Try to imagine, if you can, Sokka from the last air bender as a, ninja cat person, cursed with bad luck :3)

Backstory: Jinx is a word I don’t particularly like, though unfortunately, it is what I am. Abandoned as a cub I was lovingly taken in and raised by the monks at the monastery in the Southern Zakaran mountains. Being now of age I have since ventured forth into the world in on a pilgrimage of self discovery. I did so with the hopes of helping those less fortunate even then me, mainly traveling as a hired hand and body guard for caravans and rich merchants. Who knows, I may even find a way to lift my cures. For the last year, sadly I have learned that the world is far less forgiving of my nature then the monks at the monastery were and I have begun to build a bit of an exaggerated reputation for myself. They now Call me The Black Cat, but I can tell you their are things far worse then letting me cross your path.

Entry 1: The Journal master Den gave me a year ago was unfortunately destroyed by rain two months ago, and the second journal was stolen twice recovered then final destroyed also when my campfire got out of control three nights ago. Hopefully I can keep this new journal for longer than a week. Or at least long enough for me to make some money to buy a new journal. and maybe a backup journal. As often as I lose stuff, Its a miracle I haven’t lost Den’s Quarterstaff, maybe its lucky or something. I hope that luck holds out. Running out of food again, a weed rat managed to get into my bag again last night and ate all my little cakes. Fortunately he didn’t eat the fruit though I think that’s because it was starting to smell a little, I’m sure its still fine. As for my water skin…
…it is gone, and that is all anyone ever need know about that. my goodness I really don’t like fairies.
I cant really remember the last time I had something to drink that didn’t have something swimming in it. Perhaps ill meet a friendly traveler on the road tomorrow with some extra food. or dare I hope, some proper ale. good night Journal, better luck in the morning.

Entry 2: Hello Journal, Today was a very interesting day. No stranger than usual I suppose, but still. Early this morning a bear wondered into my camp and I had to ditch the last of my food and my new walking cloak to get away. Also, seeing as it was still dark, I kind of ended up getting lost. Even after sun rise, till late in the afternoon I couldn’t find any sight or sign of the main road. I don’t think I have ever been so hungry in my life. Still, as my luck would have it I didn’t stay lost forever. Early evening I stumbled across some adventurers cooking a really big pig. They even shared some. Now I know what your thinking, Some good luck for a change. I thought so too at first. Not only was the pork not poisoned but it was actually quite delicious. Also my new companions did not attempt to mug and or drown me like that last group I settled down with. Sadly my good fortune stopped there. I really have to say that, though my curse has landed me in some strange adventures in the past, dragons are a first for me. The first thing we noticed was the smoke rising to the north. The dragon had apparently attacked a town not too far from where we were eating and, naturally, we being such a motley group of good Samaritans, just had to rush in and get involved. To summarized the chaos of the whole adventure, we were ambushed once, fought no less than thirty Kobolds, I interrogated a few of them under the threat of tickling, and lastly I learned that paladins were actually very arrow dynamic. Honestly, the strangest my day really had to offer was in my new companions. There was Cora, the flighty but friendly bright beak, Garrett, the grouchy lizard Lord, Dr. Gerark, the blue faced doubled horned unicorn man, and Durain Dunklebeard, who just so happens to be, probably the most charismatic troll I have ever laid eyes on. The Catch phrases he repeats like a mantra are particularly infectious. I will have to treat the brave warrior to a round of ale the first chance I get. And perhaps challenge him to a friendly brawl after we are properly inebriated.
One last thing. Before settling down to write, something Dr. Gerark said stuck out to me. He asked why, when I fight, do I refrain from using lethal force. I of course told him about my oath and how the monks taught me to kill only when given no other choice. Master Den called it the golden rule. “Always treat others as you would want to be treated.” As such If I was ever defeated by a motley group of adventures, naturally I would be ever so grateful if they spared my life. That being said Gerark’s question suggested to me that the strange people of this land do not posses such a golden rule. If so then I will have to be extra careful. For if mercy is rare in this country then I will have to be extra generous with my own. Well that is it for today. I hope. Our journey is clearly far form over and it looks to be quite the fun one. Good night Journal, better luck in the morning. 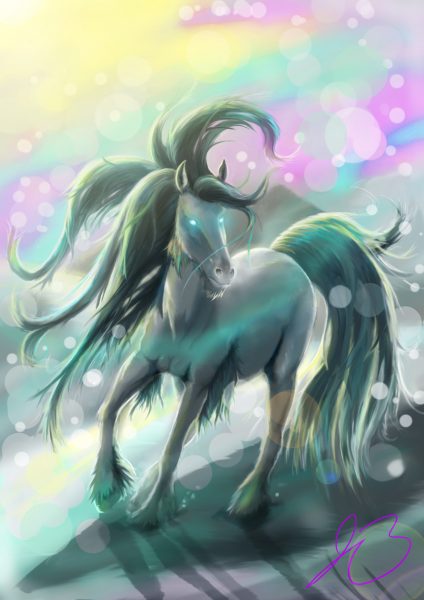 Merry Christmas Everyone. been a while since I uploaded anything art related, so I figured I should push something out at least for the holiday. Been working on this since this morning. Hope you guys like it.

This is an Asperi; a magical species of Horse from the second D&D 3.5 monster manual. The creature has power over the wind and cold, is highly intelligent, and can fly (literally) with the wind. Better than most dragons in fact. They are pretty rare though they can mostly be found roaming around frozen mountain ranges. 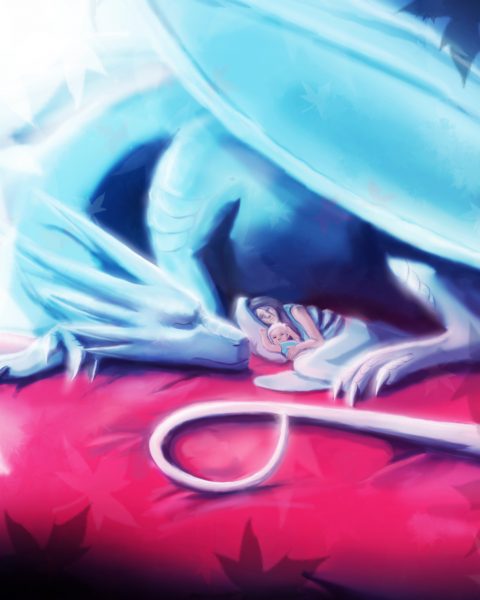 Ok everyone. Graduation is here and its time for me to prep for my senior show. The theme of which is going to be my new book. That is right, for my main show I am going to be designing and digitally painting 22 full paged color illustrations for my book “The Dragon and the Onion Girl.” The main goal of my show is to be able to tell the whole story with only these paintings. Of course I intend to convert them to black and white for the official book itself, however for this show its going to be full color spreads.

For those interested in exactly what my show is going to look like, is a general rough layout. 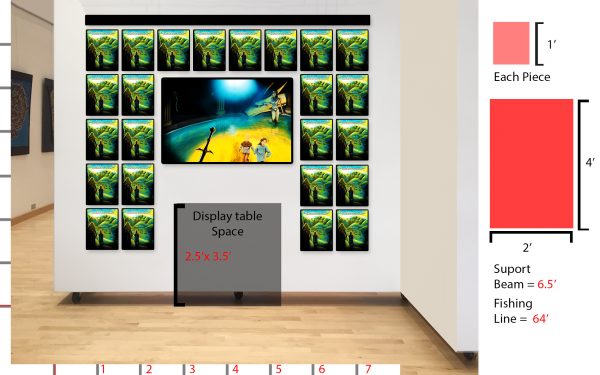 Ok everyone, here we have the very rough thrown together layouts for my illustrations.

END_OF_DOCUMENT_TOKEN_TO_BE_REPLACED 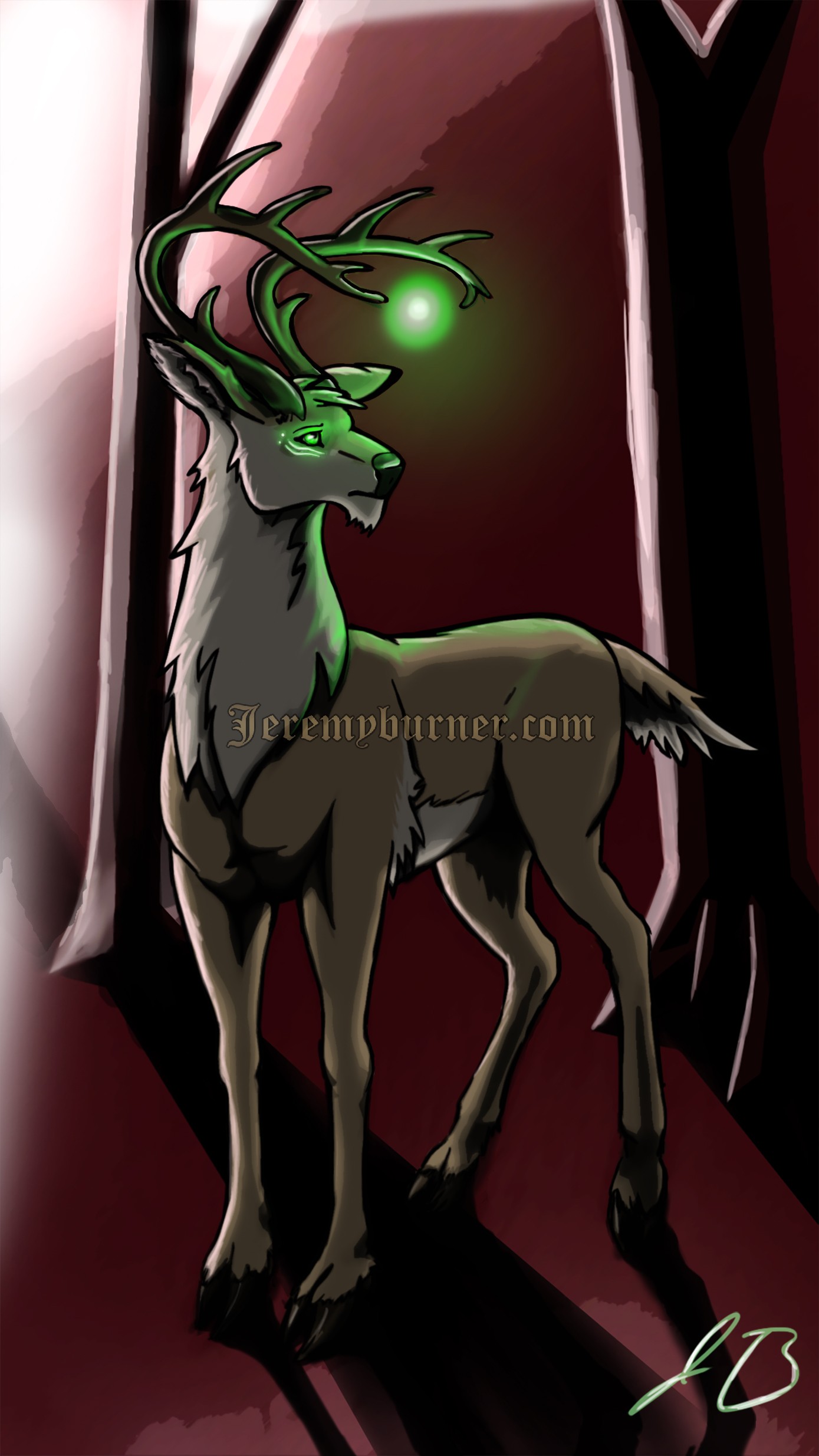 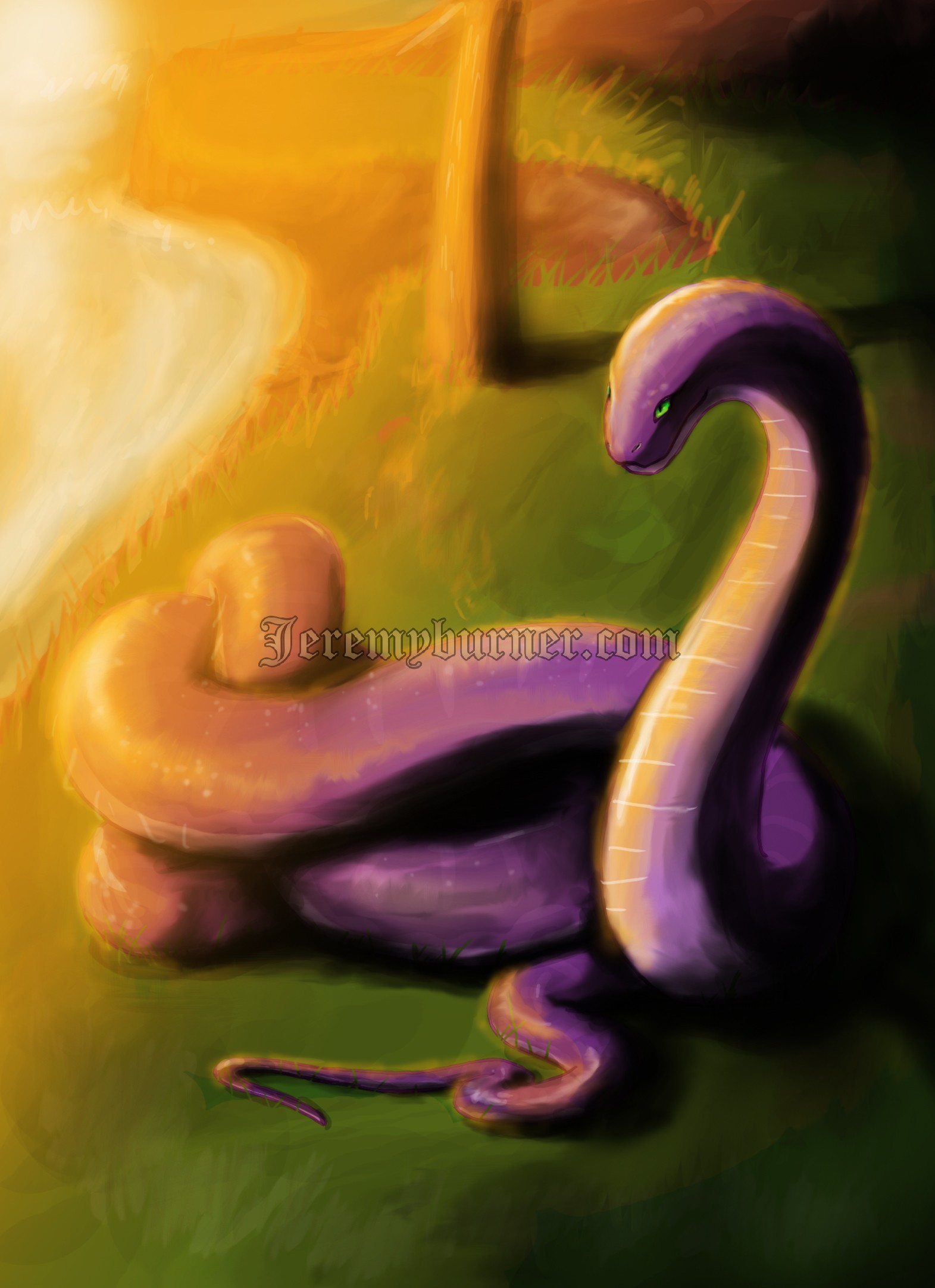 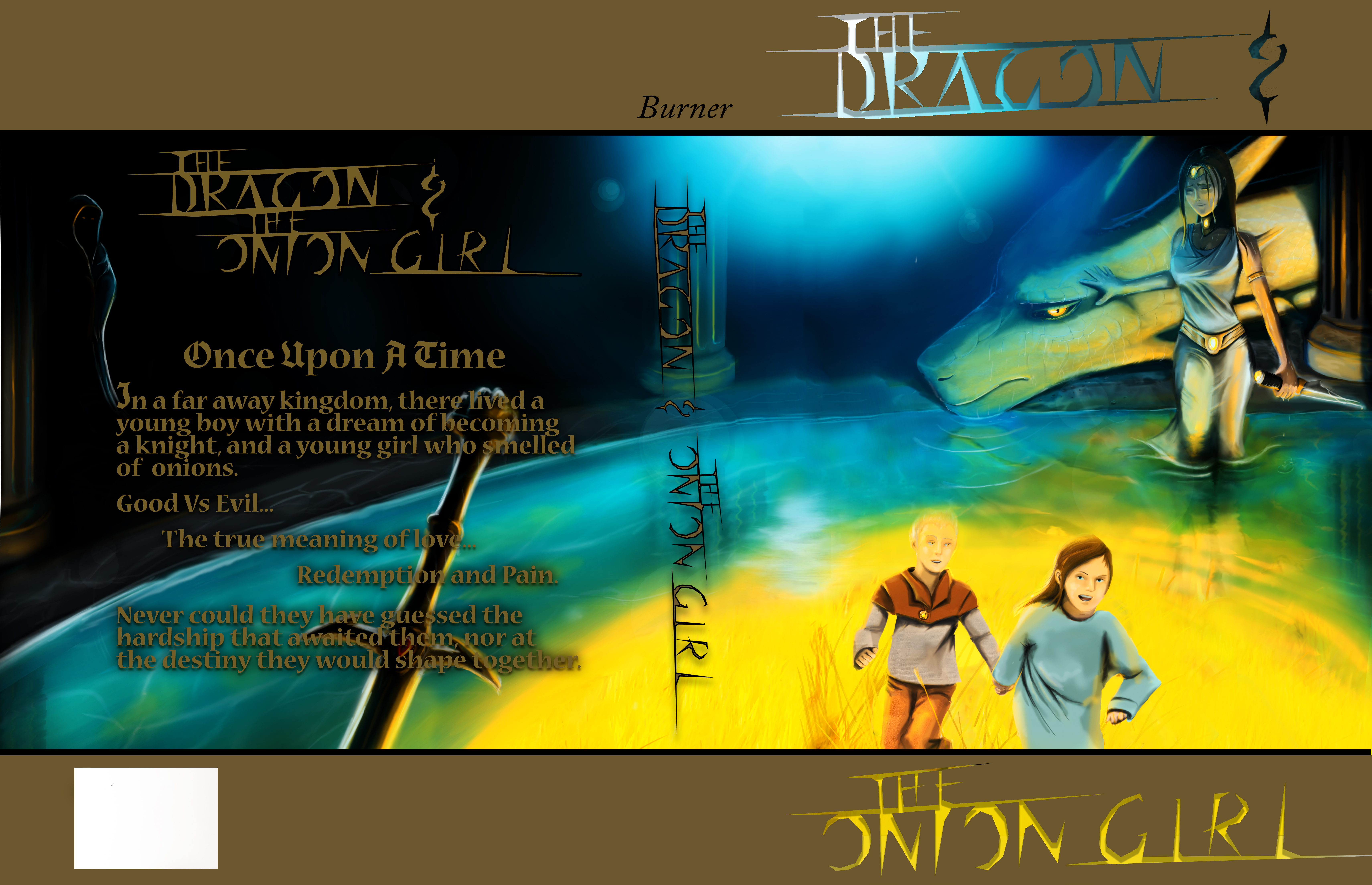 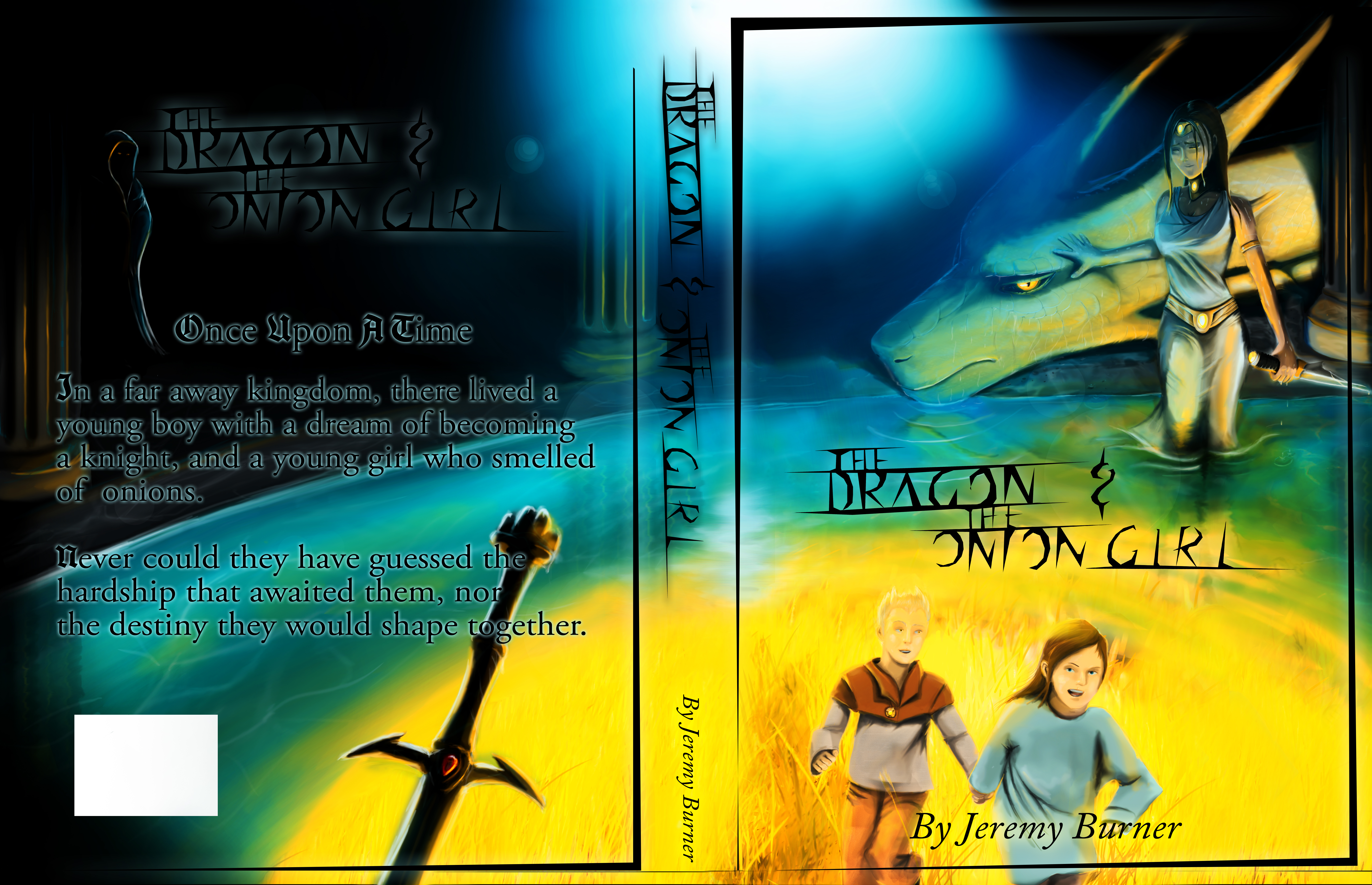 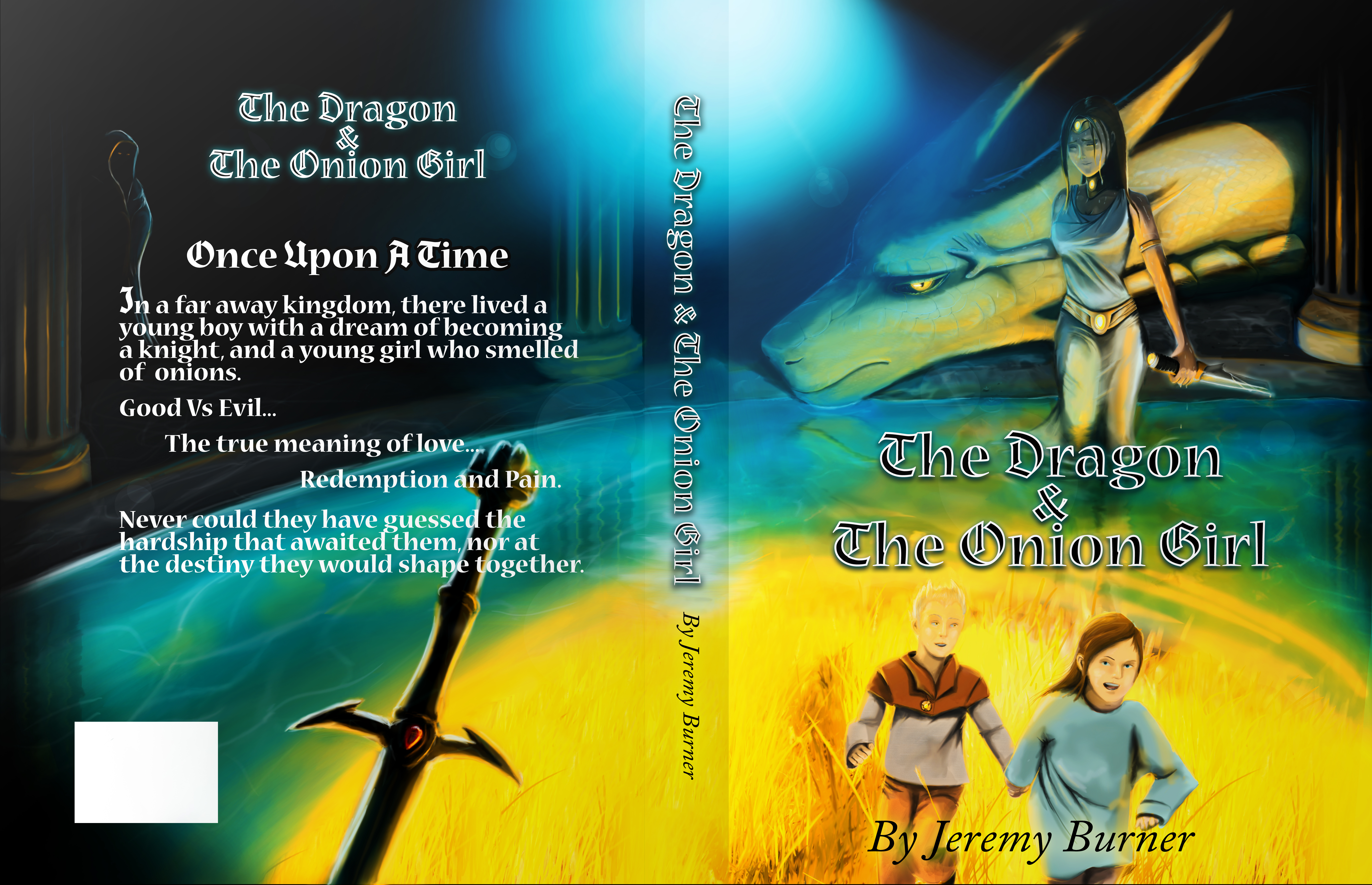 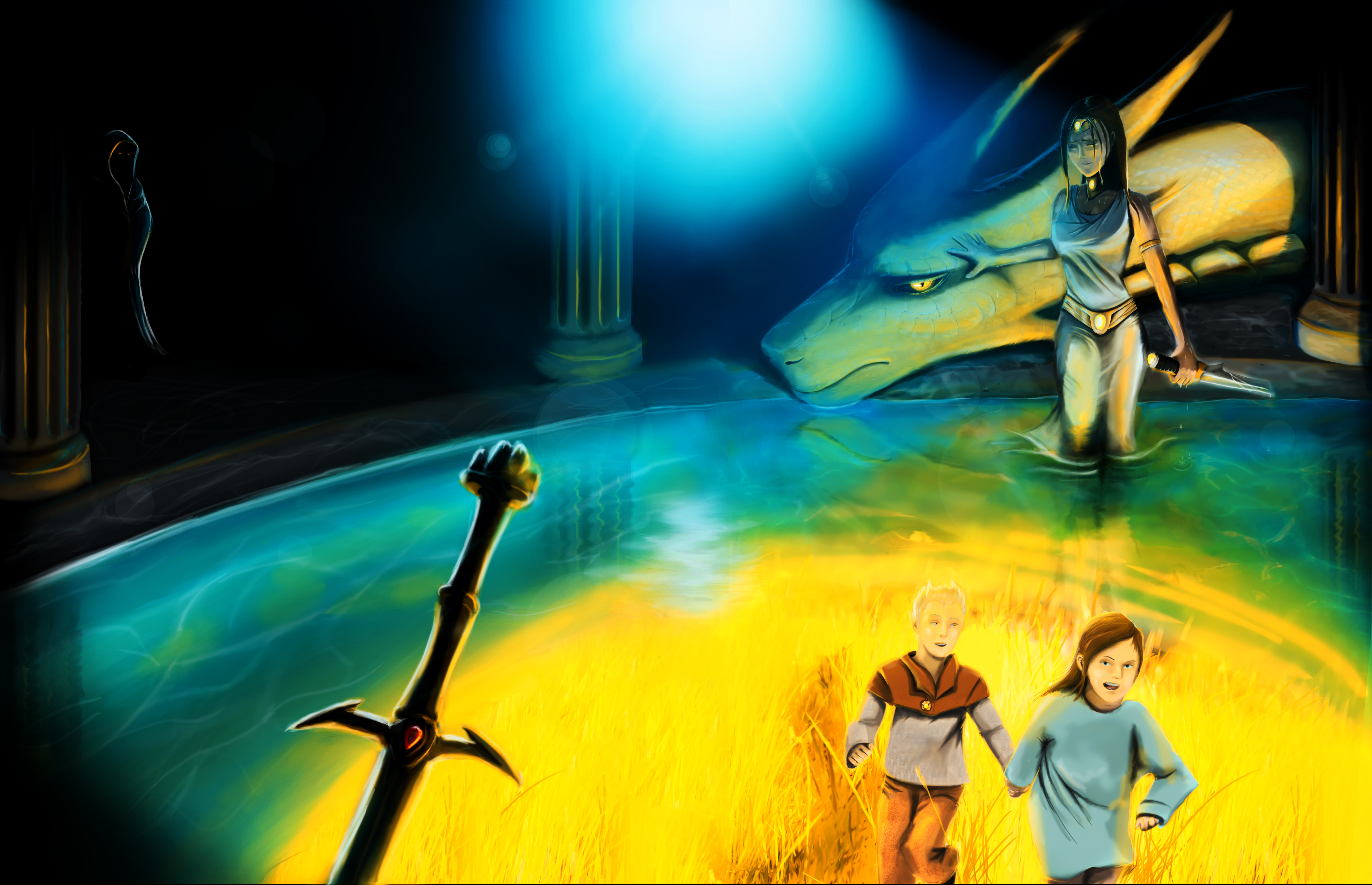 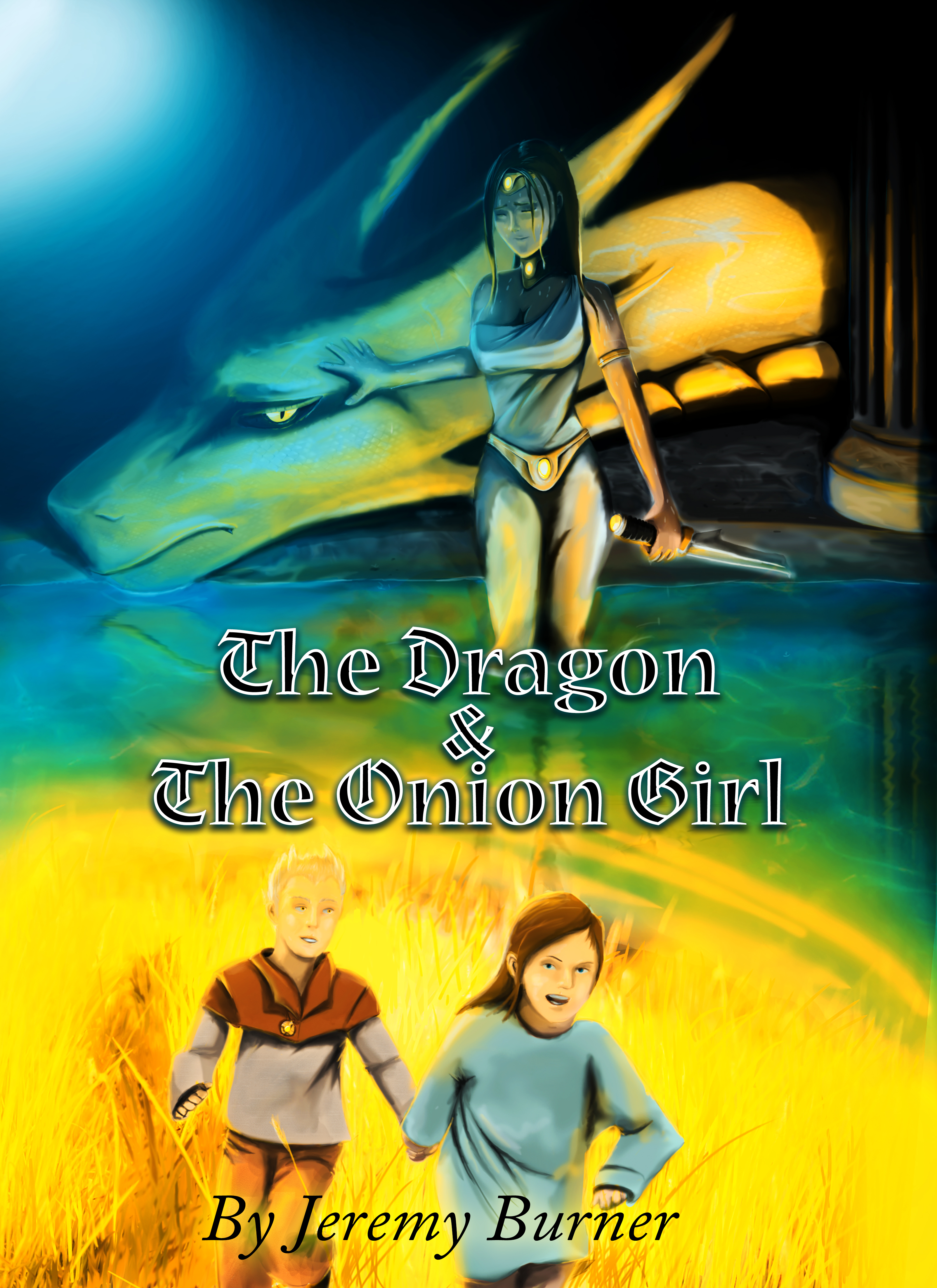