Here is the final. Thanks for watching. 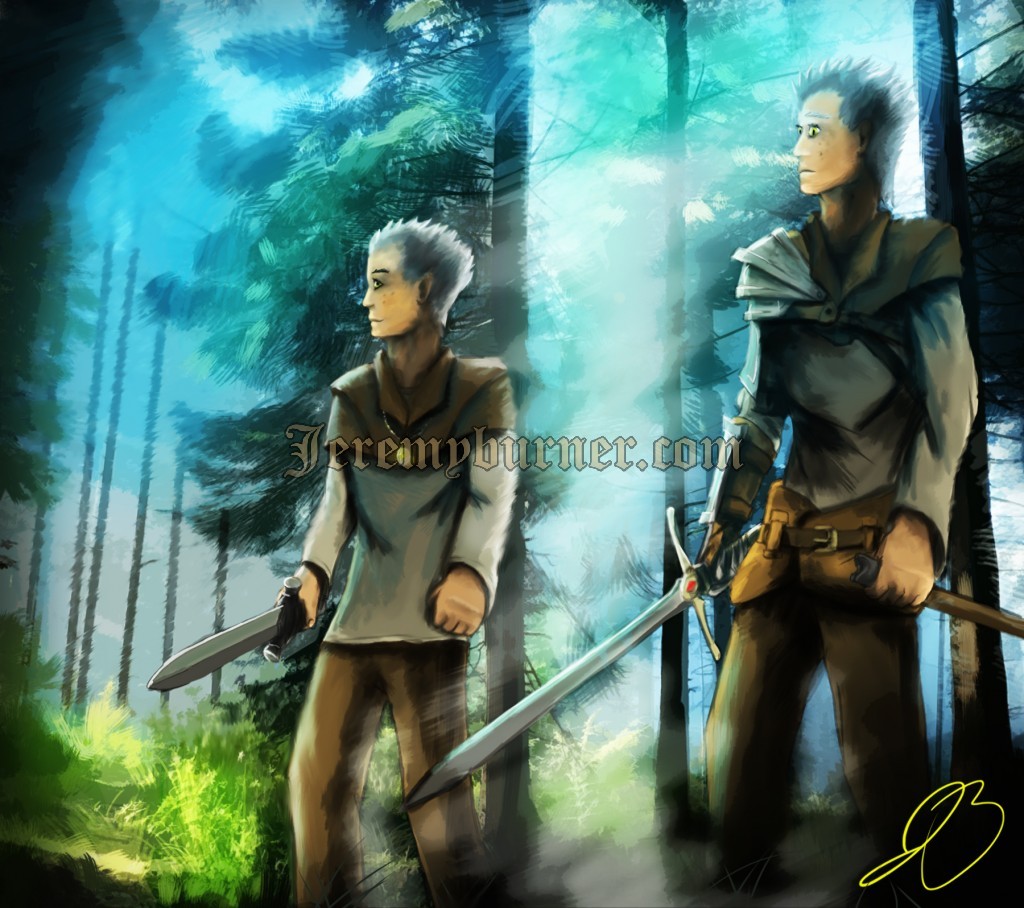 Here we go. Its mini Sprite and big Sprite. fixed an issue with the arms and cleaned up the proportions and shading. 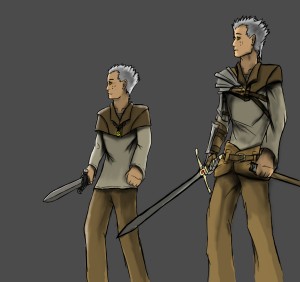 Here is sprite after I’ve outlined him and given him more color. Obviously I still have a long way to go, however now I know more about which direction I want . 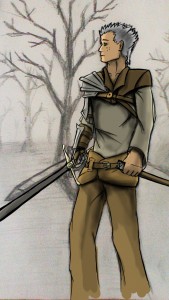 Here is a quick sketch of Sprite, the Hero from my book The Dragon and the Onion Girl. I used a photograph of a friend as a reference for this and I am really pleased with how it turned out.

Sadly school is not agreeing with my social life right now. If I could just get an hour of freedom tomorrow then its possible I could finish the next chapter but its not looking good with the amount of work that got dumped on me today. I have just finished a rough sketch of the young warrior Sprite. Might have that up later tonight.

Re-shoot went as planned and I have begun editing. still have more shooting to do but its looking promissing.

Shooting did not go as planned at all. The costume for my actress ended up being far more authentic then I origonaly thought. Early during the shoot someone saw the costume and reported to the police. Nearly 15 squad cars showed up on the scene ten minutes in as well as the fire department. I was let off so long as I agreed to relocate.

So the script has been writen, my cast  and crew have been found, I have the schedual worked out, and I have all my props. One of those props(fake blood)is showing up late so I ended up making my own. made it out of corn syrup, food coloring, koolaid, and flower. Now just to shoot the film. shooting will take place this friday april 29th 2016.

Hello friends. As always hard at work in school, and the project I am currently working on is a short film adaption of Octavia Butlers stand alone novel Fledgling.

The plot of this book follows a fifty-three year old girl who is a member of a race of beings called the Ena, or vampires. The story starts off with the main character waking up in darkness not knowing who or what she is, and it follows her on her quest for answers and healing.

My short film will only encompass the first ten minutes of a scene that takes place in the second chapter of the book. I have a screen play written, and I have began thinking about casting, location, schedule and costume.

Last time, Sprite the seven year old apprentice and pupil of the Knights Vigilant rescued the blacksmiths daughter Lorain for a pack of wolves and have now become friends.

To the great discomfort of poor Sprites nose, life started to change since the day he faced the wolves. For one, Sprite’s daily routine, before, had originally consisted of, wake up, do chores, work at the forge till noon, then head back home for schooling, and of course swordsmanship training with his teacher Greta. In case you don’t remember, Greta is the knight who raised young Sprite. And now, ever since he saved the onion girl, she would be waiting for him at his front gate whenever he came out to head to the forge.
What’s worse is she would walk beside him and Sprite would walk extra fast in order to make it harder for her smell to cling to him. It took him almost an hour every morning just to wash out the onion smell from his cloths. END_OF_DOCUMENT_TOKEN_TO_BE_REPLACED

Currently working hard on getting out the next chapter of my book, sadly school is not agreeing with my social life right now. If I could just get an hour of freedom tomorrow then its possible I could finish the next chapter but its not looking good with the amount of work that got dumped on me today. I have just finished a rough sketch of the young warrior Sprite. Might have that up later tonight.